Easy to follow guide to Video Editing in Camtasia Studio 2021. Learn to import media, edit, compose &render great videos.
Features
The features are structured around the 3 main steps of the program workflow: record, edit and export/share.
First step is to record a video (from a specific region or fullscreen) with Camtasia Recorder. Multi-display configurations are supported.
Second step is to edit into Camtasia the recorded video, adding transitions, annotations and all kind of advanced editing features and effects (cursor effects, visual effects…).
Third step is to export the produced video, as a local file (MP4…), or to upload it to a media or file sharing platform (YouTube, Google Drive…). Camtasia has
Camtasia Recorder
In Camtasia Recorder, users can start and stop recording with shortcuts at any time, at which point the recording is halted and Camtasia Recorder can render the input that has been captured into the TREC format. The TREC file can be saved to disk or directly imported into the Camtasia component for editing. Camtasia Recorder allows audio (and webcam) recording while screen recording is in progress, so the presenter can capture live narration during a tutorial or presentation. Camtasia also supports dubbing in other audio tracks or voiceover during post-capture editing. Windows users may also install an add-in for Microsoft PowerPoint that will allow them to initiate recording of a presentation from within PowerPoint itself.

Price for 10 lessons (see Course Topics) depends on the number of students: 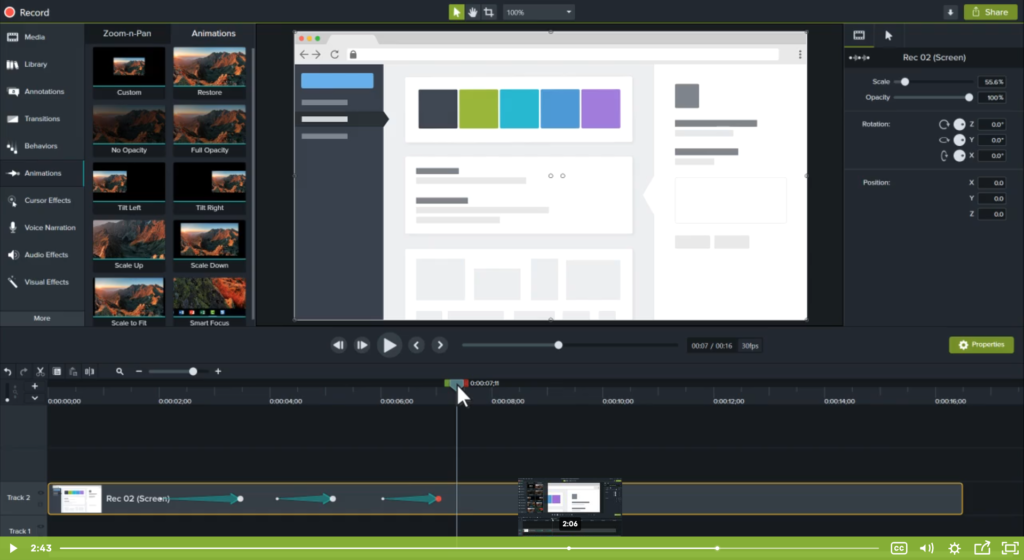 Words to live by: the famous Aristotle wrote “The more you know, the more you realize you don’t know.”